suggested for adults and those needing more nutritional support

It provides for many of daily required nutrients that support energy, protection, performance and regeneration Keep Your Pets in Mind

Advanced support for Performance, Fitness and Adult – Daily required nutrients, energy, protection and performance. Offers nutritional support for the immune system and increased vitality for healthy aging; it is also recommended as a replacement for some supplements and vitamins.
BioPreparation F3 (forte): (60 veggie capsules)

As a source of nutrients for the maintenance of good health, our formula F3+ Core can be taken by all. The capsule or its powder content can be taken with or without food.

Start with one capsule daily for the first three days; then, if needed, adjust to up to three capsules daily (taken one at a time at separate intervals)

Important: Make certain to have plenty of water available throughout the day.

The BIOSUPERFOOD formulas are specifically designed for humans, though as with other earthly foods, our animal companions can also consume them. The BIOSUPERFOOD formulas have the same nutritional makeup as the BIOPREPARATION formulas, except that they are freeze dried at a less cold temperature in order to achieve a slightly coarser powder. This was done to adjust uptake assimilation for humans as we have long digestive tracts, unlike dogs and cats that have very short digestive tracts.

The BIOPREPARATION formulas were originally designed for animals, though as with other earthly foods, we humans can also consume them. BIOPREPARATION has the same nutritional makeup as BIOSUPERFOOD, except that is freeze dried at a colder temperature in order to achieve a slightly finer powder. This was done to increase uptake assimilation for the short digestive tracts of animals like dogs and cats.

Because of its greater amount of red algae, F3+ contains more carotenoids than F2+. According to the cancer society, carotenoids are critical for supporting the immune system. Carotenoids are known to more efficiently reach the brain and thereby increase cellular energy, protection and resulting metabolic performance. 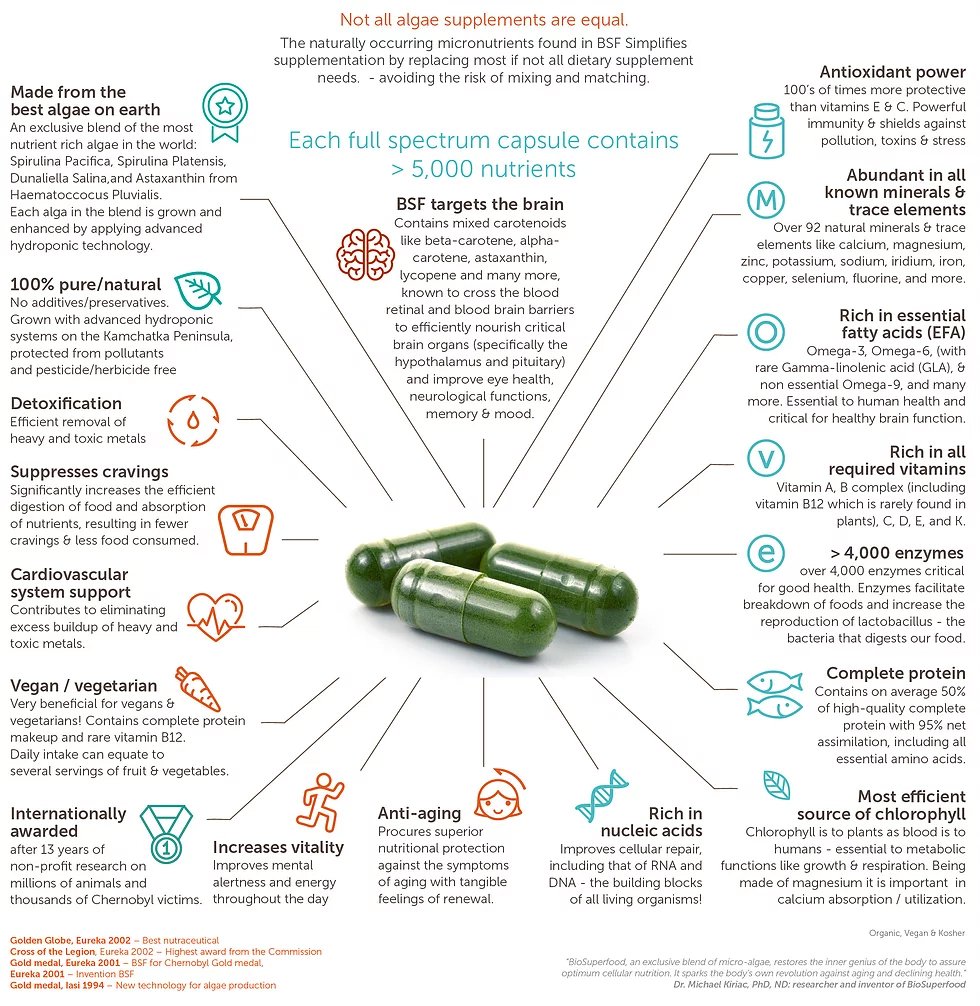 This book covers everything you want to know about the Bio Algae Concentrates in our BioSuperFood and BioPrep products.