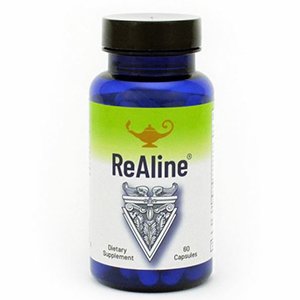 Our ReAline Vitamin B complex supplement includes all eight B Vitamins, as well as L-Methionine and Taurine to help with liver detoxification. ReAline is one of the best vitamin B supplements available using a specific formula that provides the perfect building blocks to enhance and assist the body’s natural detoxification processes.

What Makes Realine One Of The Best Vitamin B Complex Supplements

Our ReAline Vitamin B complex supplement includes all eight B Vitamins, as well as L-Methionine and Taurine to help with liver detoxification. ReAline is one of the best vitamin B supplements available using a specific formula that provides the perfect building blocks to enhance and assist the body’s natural detoxification processes. Instead of forcing the body with purges or IV chelation, ReAline has l-methionine, which is the building block for glutathione, the body’s most important antioxidant. That way the body can detox when it wants to not when it’s forced to.

Benefits Of Using A Vitamin B Complex Supplement

Realine Vitamin B Complex is composed of 4 Methylated B’s and 4 food-based B Vitamins for complete health and absorption. Each of these vitamins plays an essential role in health and vitality:

ReAline Vitamin B Complex provides the B vitamins essential to support our neurological health. This became even more obvious when we found deficient B12, B6, and folate in the autism spectrum and also in the elderly. But there is much more to them. They are cofactors in thousands of biochemical processes. B vitamins work together; they help cells burn fats and glucose for energy, they promote cell growth and division, maintain healthy skin and muscle tone, support and increase the rate of metabolism, enhance immune and nervous system function, which includes easing stress and improving mood probably triggered by an increased production of serotonin.
Methionine has 4 major roles in the ReAline formula. Methionine is a building block in the manufacture of all our proteins including: structural, contractile, blood proteins, antibodies, hormones, and enzymes. It is a methyl donor, needed for the production of neurotransmitters; a sulfur donor; and a precursor in the synthesis of other amino acids. Methionine is a critical component of tissue development, growth and tissue repair for all humans at any age.

Taurine is a precursor to GABA; reduces elevated levels of cortisol in the body; helps burn fat; improves insulin sensitivity; increases testosterone production; acts as an antioxidant; enhances heart and brain function and improves sleep. It also provides sulfur molecules to the liver for its sulfation detox pathways.

Even though sulfur is the third most common mineral in the body (after calcium and phosphorous), sulfur’s importance is not commonly acknowledged. However, it is a key component in balanced DNA and protein replication. Sulfur is important for the production of mucous and for detoxification. Obtaining sulfur from methionine and taurine is more metabolically sound than taking sulfur supplements because the body can gauge how much it requires in any given moment.

Take 1 capsule with a meal two times a day.

We highly recommend using ReAline along with our other formulas as part of Dr. Dean’s Total Body ReSet™.

*Please note that there are currently no treatments, drugs or dietary supplements approved to treat or prevent COVID-19. Although there are investigational COVID-19 vaccines and treatments under development, these investigational products are in the early stages of product development and have not yet been fully tested for safety or effectiveness. statements have not been evaluated by the Food and Drug Administration.